Low Carbon Farming: ‘’The Next Step in Horticulture!’’ 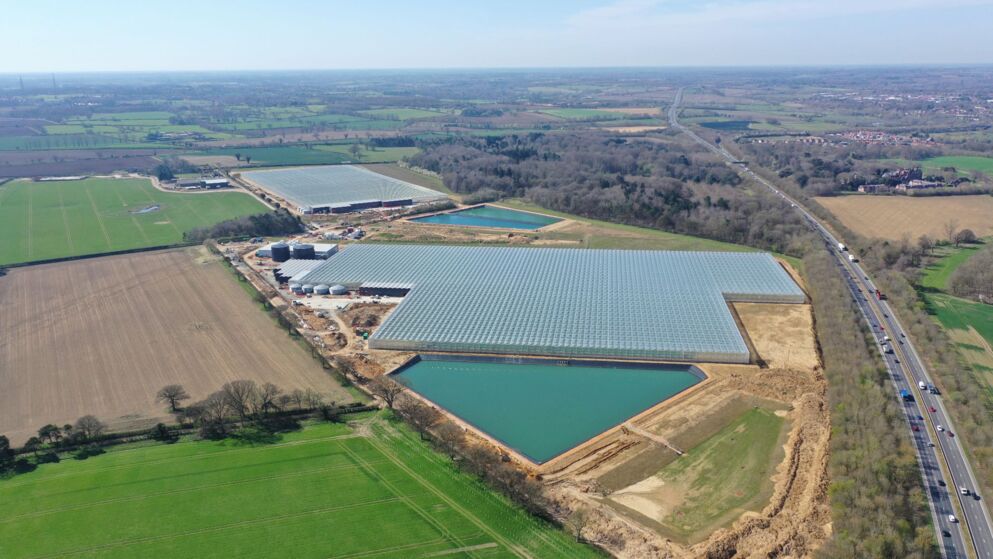 One of the largest greenhouse complexes of the United Kingdom in production – 20 tonnes tomatoes per day – 75% less carbon footprint – But how did this all started?

It all started back in 2016 when Bom Group was approached by Andy Allen and Neil Lawson, the director and head of design of Low Carbon Farming Ltd. Neil Lawson had an idea to design a greenhouse based on using waste heat via heat pumps. On a cold winter day in 2016 Neil Lawson went for a long walk with his dog along a river in East Anglia. When walking along the river he noticed that there was a stream coming into the river from the left. The stream was a bit steamy and some ducks were enjoying the warm water. Neil Lawson decided to follow the stream up to its source which eventually was to be a sewage treatment plant. The stream of warm water was caused because the sewer treatment plant was discharging a 1000 m3 per second of 25 degree clean water. After a quick calculation it seem that this water was able to heat-up around 15.000 homes. But more important this stream of water was perfect to use for secondary purposes such as heating a (circular) greenhouse.

In the early stages of the designing phase of the greenhouse project (in 2017), it became clear that at a certain point a Brexit would become inevitable. Producing healthy, safe an local food became therefor more and more important. In addition, at that time, the import figures in the United Kingdom for tomatoes, cucumbers and peppers were very high, respectively 80%, 75% and 90%. It was therefor logical to establish greenhouse facilities to reduce the import of vegetables in the United Kingdom. As a rule, it is a fact that in high-tech greenhouses there can be produced 10x more food using 10x less water. Based on these facts and the idea and support of several British partners we began to design the stunning 290.000 m2 greenhouse complexes to grow year-round tomatoes, cucumbers and peppers for the United Kingdom market. The mission was to revolutionise the British farming industry.

The next step in horticulture 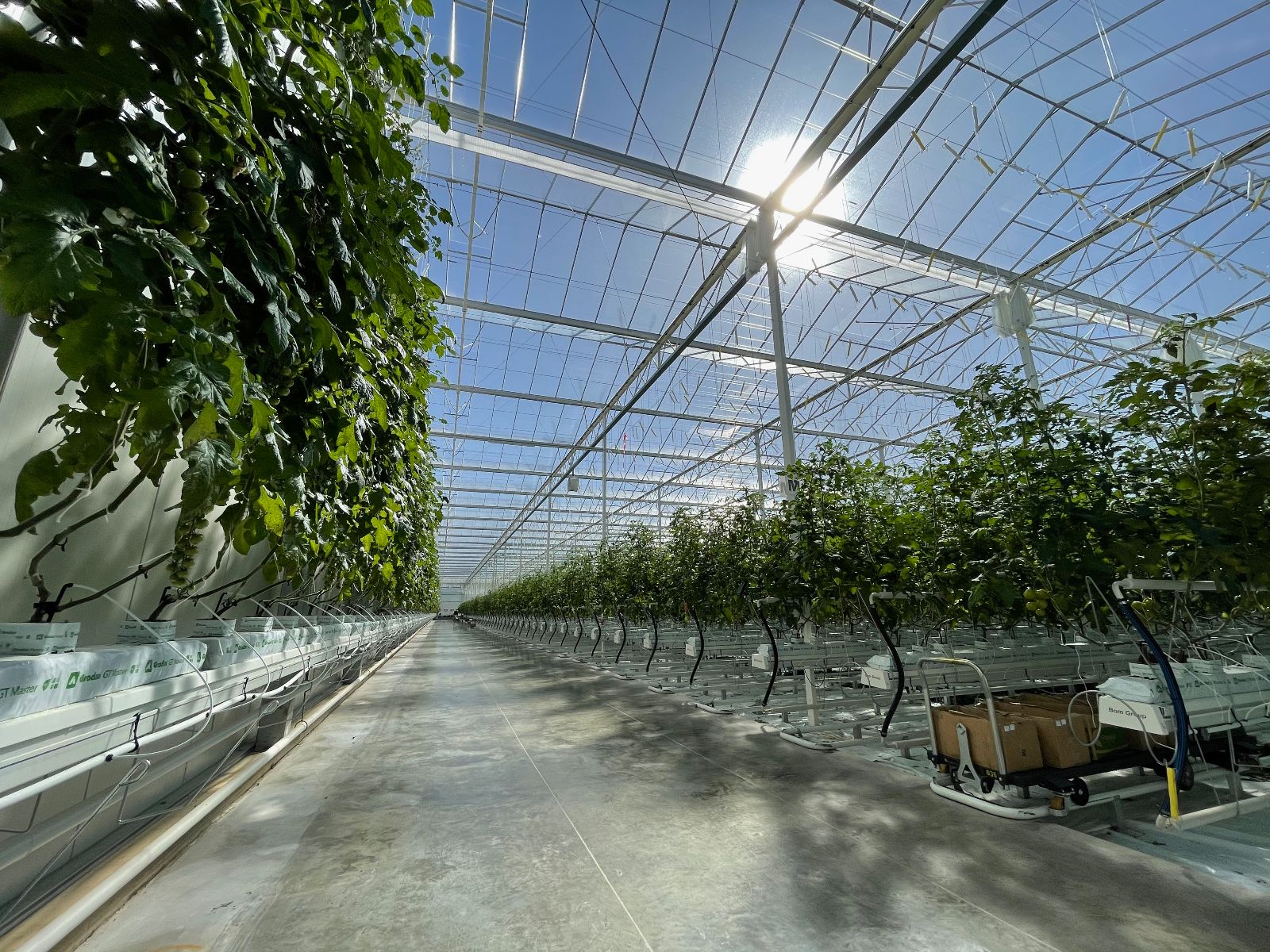 Low Carbon Farming Ltd had already worked out an interesting technology that would allow the greenhouses to be heated by using residual heat. In East Anglia two locations, Bury St. Edmunds and Norwich, were perfect for building the greenhouses. These locations were approximately 2,5 kilometers away from the waste heat source. But to complete the mission we still had to find investors to finance the projects and growers to operate the greenhouses. Bom Group is more than just a greenhouse builder, Bom Group is a connecting platform and therefor we have assisted with pitching these project ideas in the United Kingdom to big investment companies, private investors, banks, (pension) funds but also to potential growers to grow the fresh and healthy vegetables.

This projects would be the next step in horticulture! 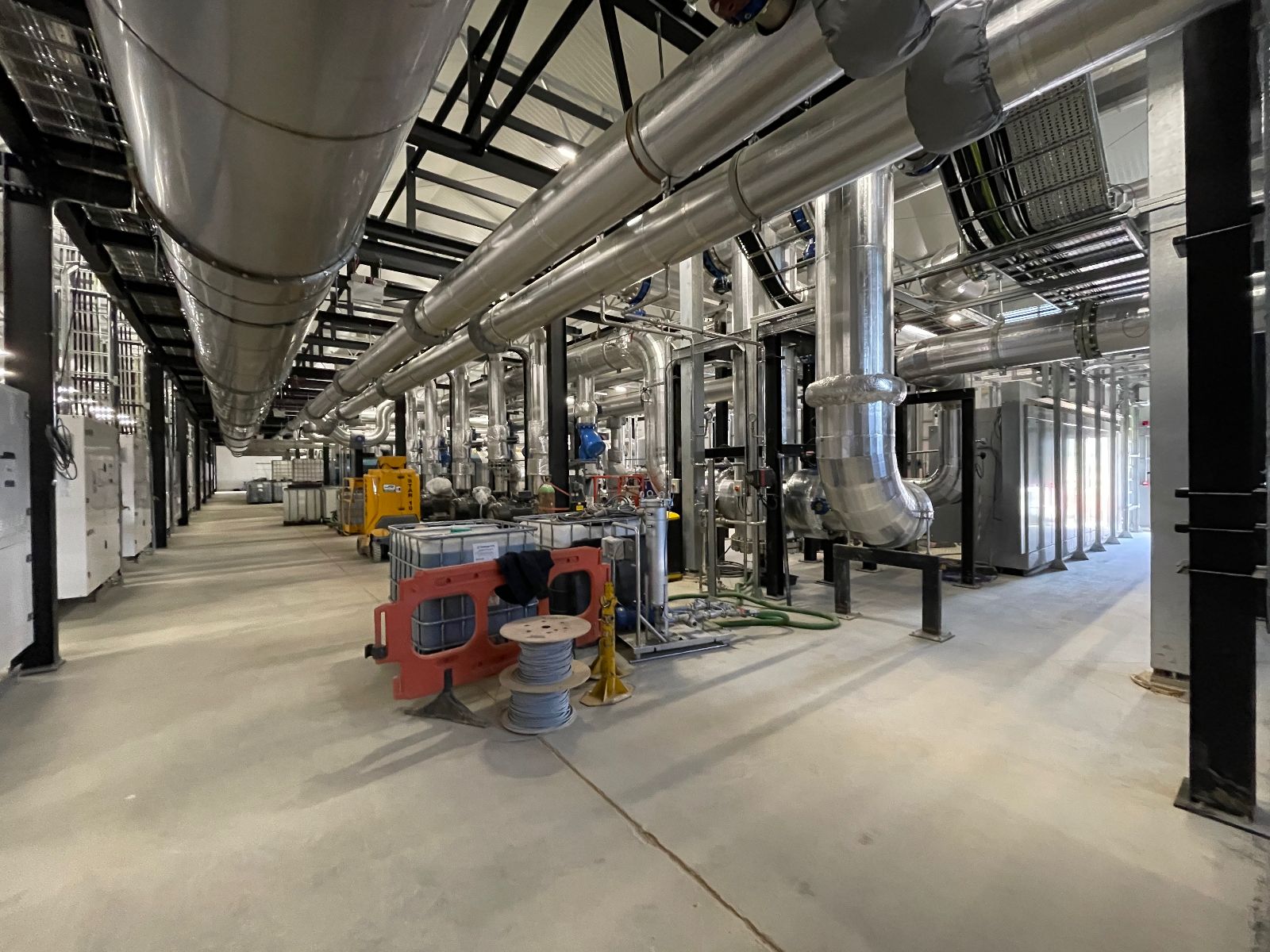 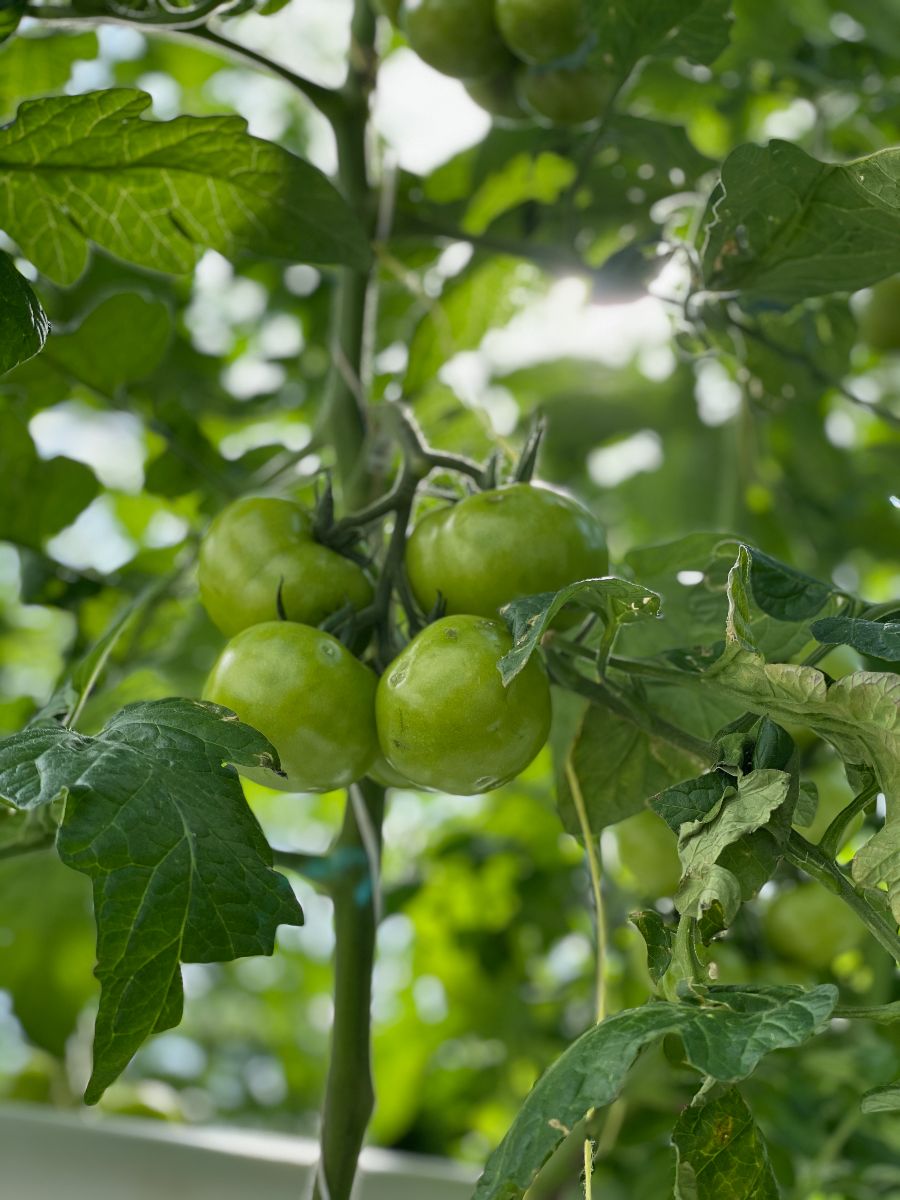 Bom Group in close collaboration with, among others, Low Carbon Farming Ltd and Greencoat Capital are responsible for the entire turnkey project. That means that besides all greenhouse-, screening- and climate systems also all electrical- and irrigation systems are included in this 290.000 m2 greenhouse complexes. It can’t get hardly more turnkey than this Low Carbon Farming project because also new roads, bridges, parking spaces and even lampposts have been placed. To make it complete there is an own energy center developed to supply the greenhouses with energy and heat! We have proven that by combining what is already in our environment such as waste heat and innovative techniques it is able to produce anything, anywhere.

It has been a fantastic, interesting and long journey. It all started with a group of ducks enjoying a warm bath in a river on a cold winter day. But now in 2022 we have established over 29 hectares of high-tech greenhouses in which a large part of the British tomatoes, cucumbers and peppers are grown. As Bom Group we are very proud to be part of this project and are therefore happy to share a time lapse of the journey from start to finish, enjoy!

Bom Group is one of the most innovative turnkey greenhouse construction companies in the modern horticulture. As renowned pioneering turnkey greenhouse builder for over 55 years, Bom Group has a wide project portfolio covering every climate zone. We are specialised in customised high-tech glass greenhouse projects across the globe, enabling growers and investors to grow their own fresh and sustainable vegetables, fruits, flowers and plants locally. Bom Group offers turnkey-services from conceptual-design to after-service and from A to Z. In the past 55 years Bom Group has grown to a world-leading greenhouse construction company with more than 1.000 projects across the globe.

You can contact us for more information via: info@bomgroup.nl